skip to main | skip to sidebar

...and the only prescription... 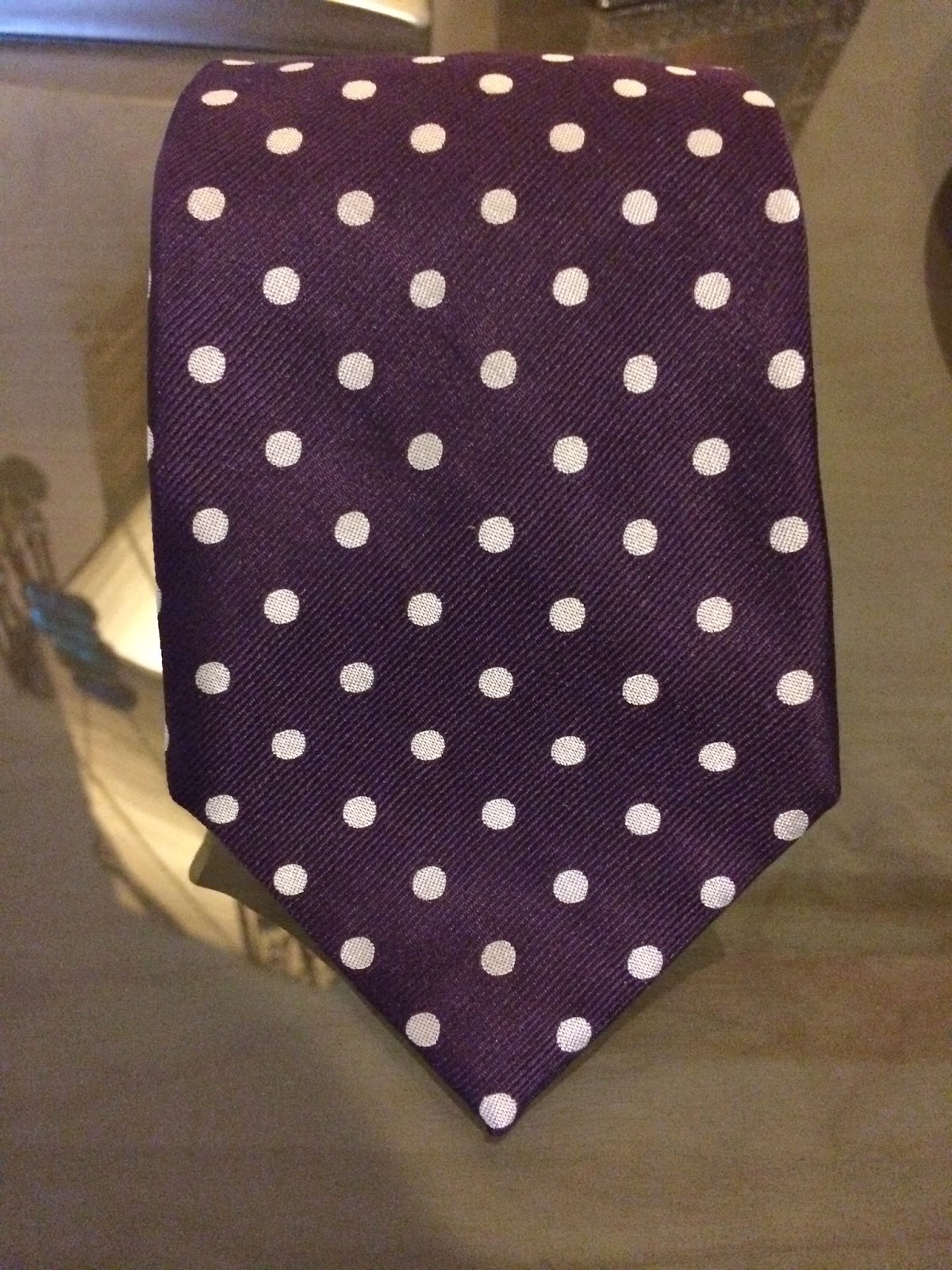 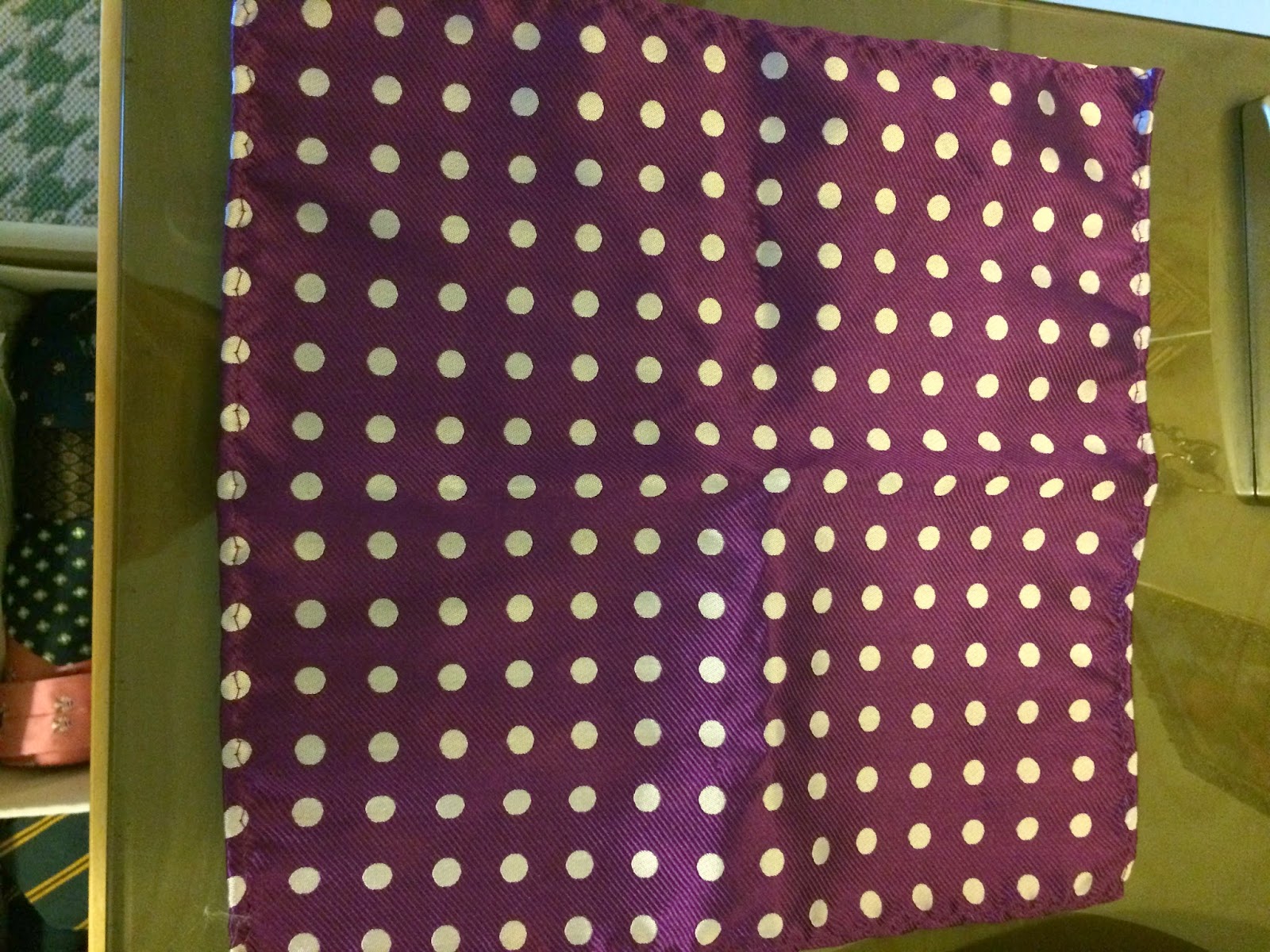 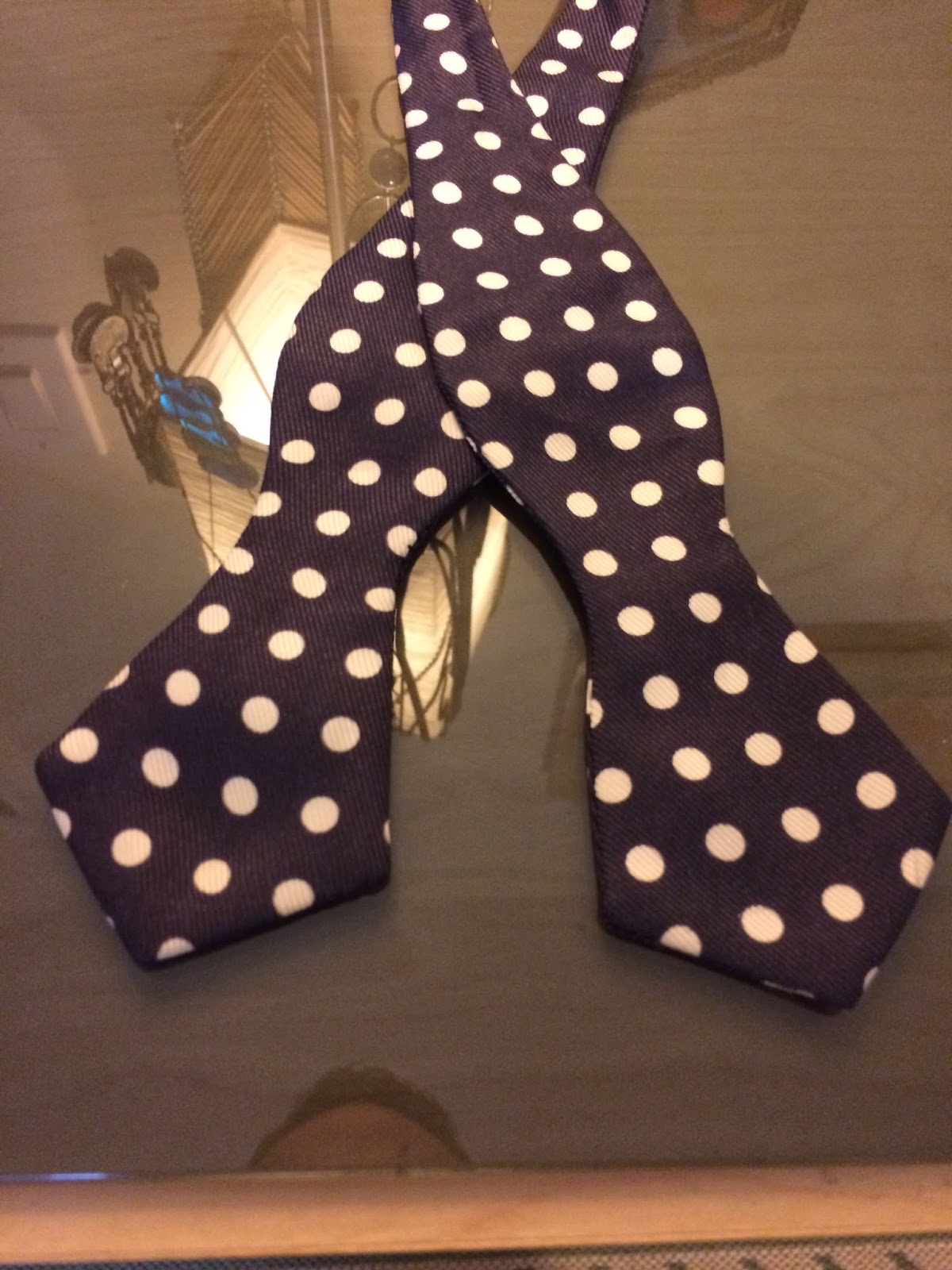 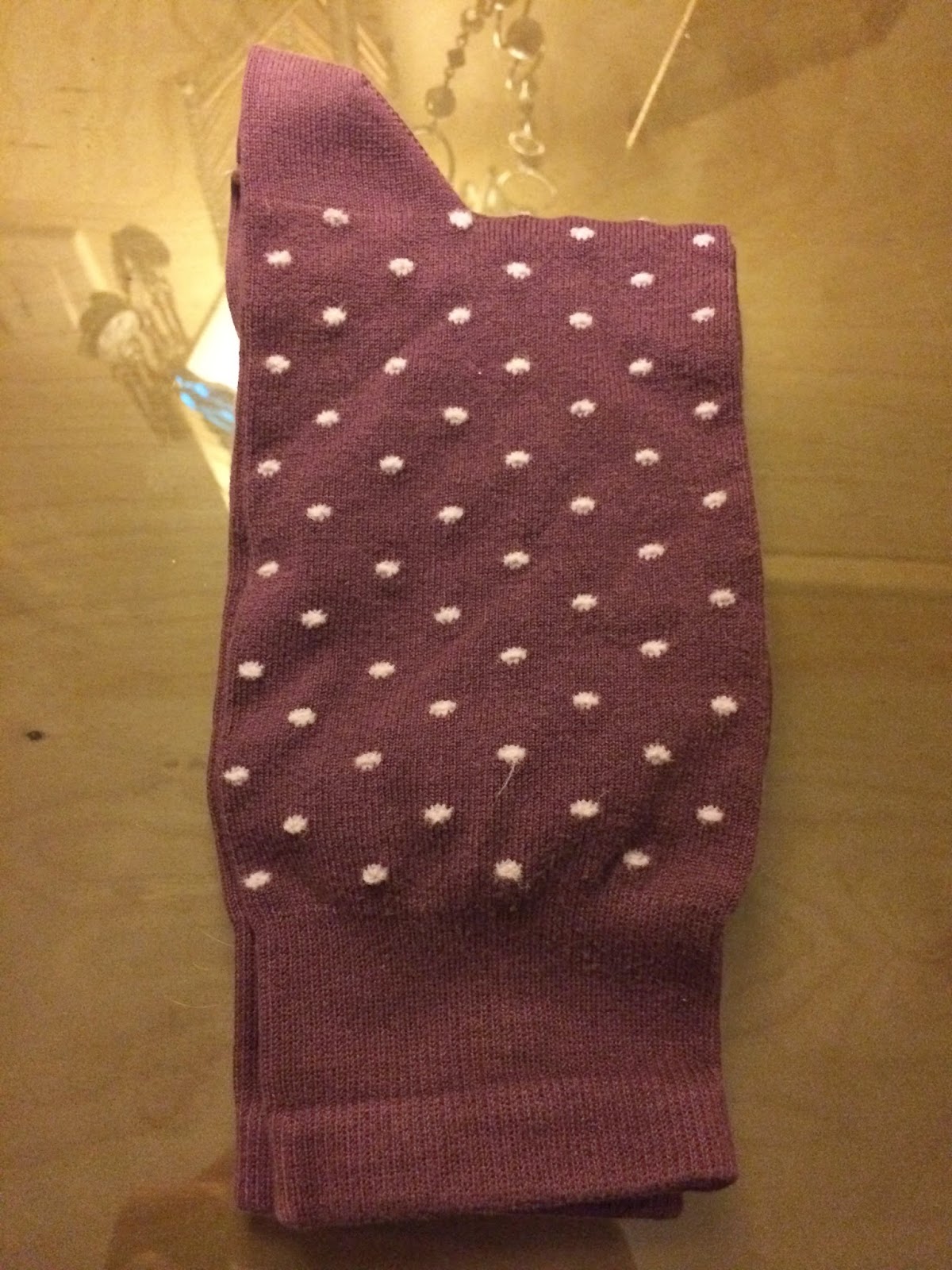 ...is too many purple polka-dotted accessories.
Posted by Mike at 5:16 PM 2 comments:

Today on my way home I bore witness to an amazing event on a southbound 47 bus:

The bus is packed as it usually is during rush hour. I'm standing in the back, and just in front of me to my left, a young man of about 16-17 years of age is sitting. A middle-aged woman was squeezed in a couple of feet in front of me and forced to stand. Their exchange went as follows:

Young Man: "Ma'am, would you like to sit?"
Middle-Aged Woman: "No, it's okay, I'm off in a few minutes anyway."
YM (standing up and gesturing towards the seat): "It's fine. Please sit."
MAW (smiling brightly): "Thank you, sweetie."

In a world where we groan and mumble about kids not having any respect and looking/acting foolishly (I admit that I snickered at the young man's backwards cap and harem sweatpants), it was wonderful to see a young person exude such good manners. His parents clearly raised him right and should be proud.

Just as importantly, the middle-aged woman had the good sense to reward the young man's kindness with a smile and a genuine "thank you, sweetie." Can you imagine what the world would be like if we all acted like this all the time? Men like me who are very concerned with dressing like gentlemen (i.e. men like me who have nothing better to do) sometimes forget that acting like gentlemen is what really matters. The clothing is simply an extension of that.

Chivalry's not dead until we let it die, everyone. Great weekends all around.
Posted by Mike at 1:40 PM 2 comments:

HUGE SURPRISE ALERT: I'm putting a lot of thought into my wedding attire than most people (present company included) put into their retirement plans.

This is not to say that people should pay more attention to their retirement plans, but rather that I should consider, you know, getting a life. But if that happened I'd have nothing to blab about, and how terrifying would that be?

In another huge surprise, I decided to splurge and have a suit and shirt made for my wedding. A fully custom process was a bit out of my price range (well, way out of my price range given the fabric I selected), but this will still be a fully canvassed made-to-measure piece. Prepare yourself for a bit of geekdom and check out these fabrics: 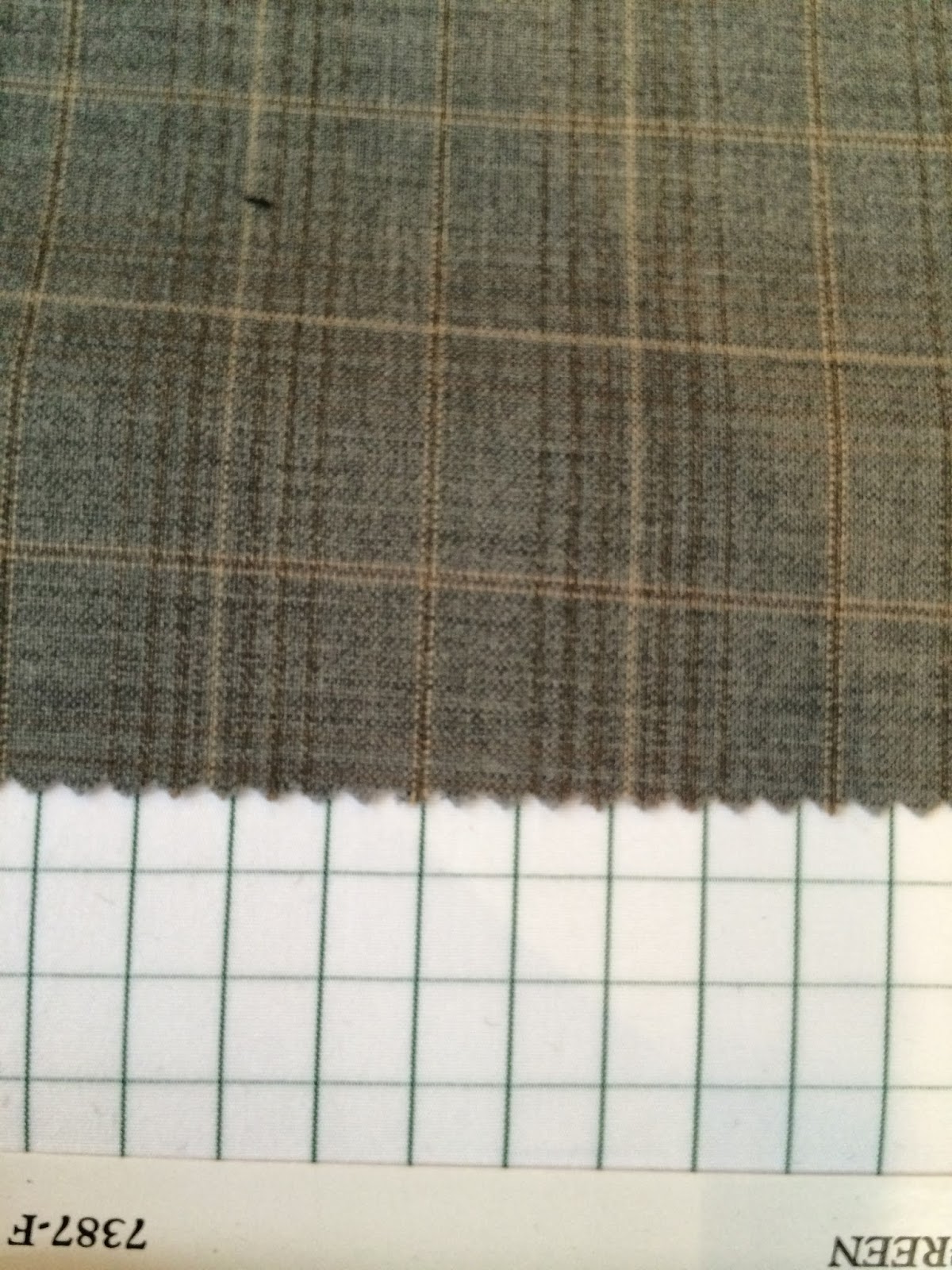 The grey/tan plaid fabric at the top will be for my jacket and trousers, and the white with green check will be my shirt. Amazingly, it only took me about an hour to decide on these -I budgeted approximately three days- but I'm sure that's because I knew which bells and whistles I wanted in the first place. For example:

The suit fabric is from an English mill with a French-sounding name: Dormeuil (pronounced "door-may"). I went with an 8-ounce fabric, which is lighter than average and will be helpful when I'm outdoors in late August and sweating like a maniac anyway because I'm getting married. My original idea was to wear an odd vest with this get-up but practicality got the best of me and I decided it'd be best to not overheat myself.

The shirt is a beauty too. It's an 80's two-ply cotton (80 threads per square inch in a strong, wrinkle-resistant cotton) that will look ridonckulous (sp?) with this tie.

I think that I have to keep the whole look a surprise until the wedding day, so there won't be any pictures of finished product until Labor Day. Be on the lookout!

Reader Question, In Which I'm Told I Look Douchey In A Roundabout Way

Going back through some reader comments, I found this in response to "Red, Red Pants."

"Sorry and I mean no offense by this, but this outfit looks too douchy (sic) and too fratty. First ask yourself: would Marlon Brando, Steve McQueen, Sean Connery, or Cary Grant wear this? Would a 21-year-old in a fraternity wear this?"

As always, thanks for reading. I don't take any offense to your disagreeing with my taste, though  I submit that "douchey" isn't a particularly helpful adjective for constructive criticism.

My response to your first question is that it doesn't matter whether or not these men would wear this outfit. Obviously all of these men were/are known, at least in part, for their wardrobes. It's smart to use them as a point of reference when building a wardrobe. Cary Grant is often fawned over by the menswear giant Alan Flusser, and Steve McQueen's clothes in the original Thomas Crowne Affair were splendid. That doesn't mean, however, that any deviation from what they wore is sartorial faux pas. None of the men you mention here were known to hold up their trousers using a tie instead of a belt, but you know who was? Fred Astaire.

Please bear in mind that I'm not saying that I'm on the same sartorial level as Fred Astaire (who happens to be my sartorial hero). I'm just saying that staying perfectly within the lines isn't always the best course of action.

I'll answer your second question with another question: Do you see a popped-collared polo shirt and backwards baseball cap anywhere in this photo?

Kvetch and Ye Shall Receive

Remember that time a few days ago when I was complaining about the cold weather? Well, it hit 50 degrees today and I couldn't help but celebrate with this: 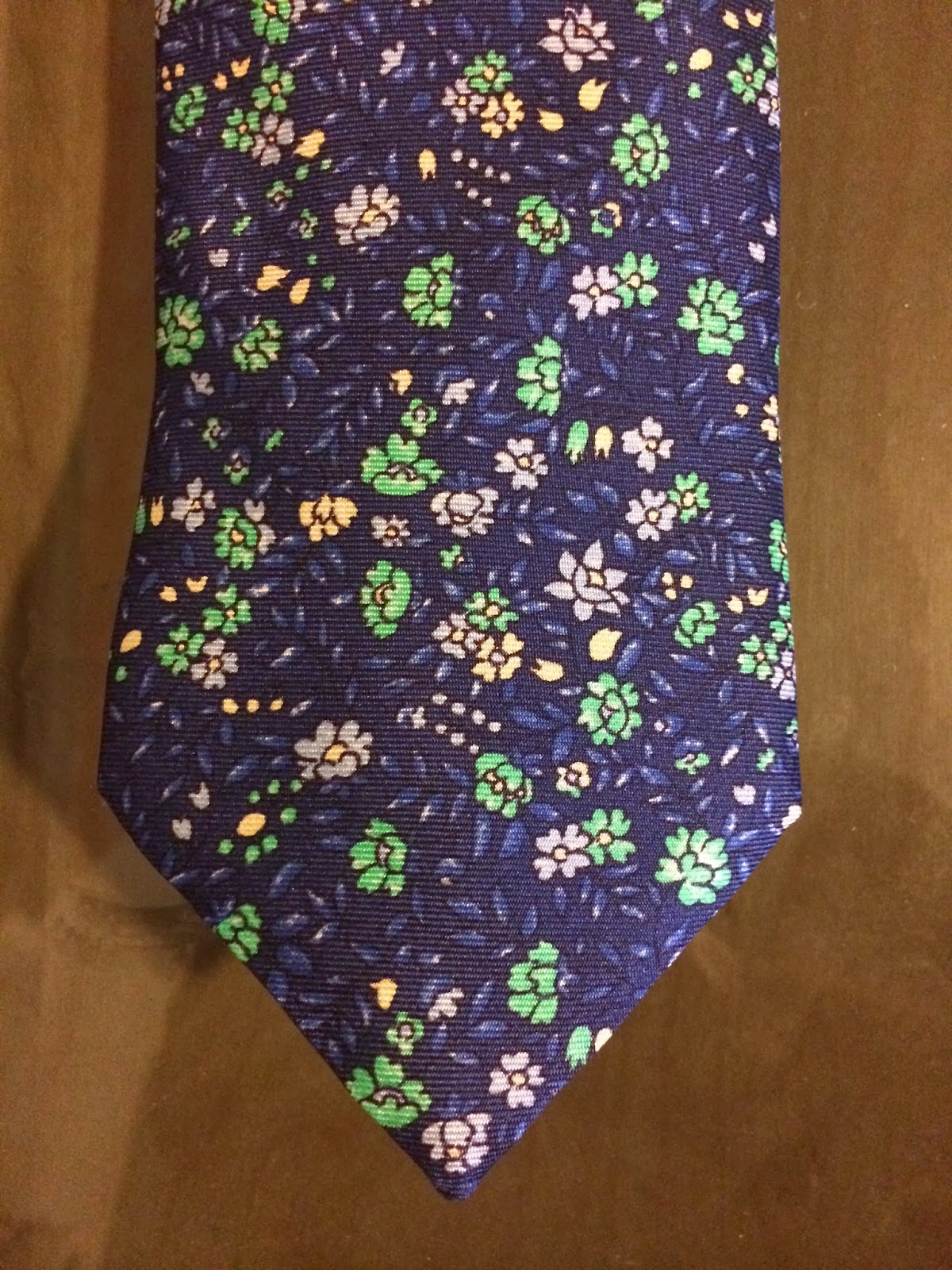 Not my first-ever floral tie, but definitely my most aggressively floral one. It's got a supple hand* to it as well, so this guy should knot quite nicely when I finally do wear it for my wedding in less than six months**. After that, this might just be the tie that forces me to buy that canary yellow shirt I've always been curious about but never had the cojones to buy.

Just because we haven't seen April showers doesn't mean we can't dream of May flowers.

*"Hand" (or sometimes "handle") is fancy-shmancy clothes-speak for how something feels; sort of the clothing equivalent for "nose" when talking about wine. If a fabric has a supple hand, that basically means it feels nice. Kind of smoke and mirrors, but it's still industry standard.

**HOLY CRAP I'M GETTING MARRIED IN LESS THAN SIX MONTHS.

The winter of 2013-2014 has been one of the most difficult in recent memory. There's been no shortage of snowstorms and their related school closings, and we've even experienced deep freezes due to the "polar vortex." I'm a Bostonian by birth and have lived through some cold winters, but this is new terminology to me. I don't know about you, but polar vortex sounds like an end-of-days kind of scenario, and it sure as hell feels like it. When it dips to nine degrees at night, you have to wonder if the world is, in fact, coming to an end. Thanks, Obama.

To think, just a few short winters ago, I was giving advice on how to dress for unseasonably warm times in this post. What I wouldn't have given an hour ago to have those kinds of temperatures when I was schlepping dry cleaning and groceries around town and missed the bus that would have taken fifteen minutes off of my commute.

I'm sick of this winter. I want to want to go outside, and as much as I'm bananas about layering, there's such a thing as too much of a good thing. For the sake of comparison, you wouldn't eat Chinese food every day, would you?

Wait, bad example. I would, at least if it were from Han Dynasty.

But I digress. I figured that if the temperature isn't going to rise beyond 30 degrees (and yes, I know that it's still technically winter), I'll play sartorial ball for now. With that said, I'm proud to show you my newest necktie. Note how the dark colors are cold-weather appropriate: The blazer is the same double-breasted jammy I wrote about in a post with the same name, and once again my phone's camera, while nice, simply doesn't do the color justice. It's a rich navy, not the crap-tastic black your eye may perceive here.

Once springtime comes, though, it's sockless shoes and straw fedoras or bust.

Hot damn, it has been a long time since my last post. To those of you who read and enjoy my occasional ramblings, I apologize for the extended absence. As it turns out, when you work from home and have little reason to dress up, inspiration to write about dressing up is sparse. If I blathered on about the slim jeans and plaid shirts I wear on days when I don't have appointments, I'd sound like any issue of GQ that's been published over the last five years. If I didn't have something worthwhile to say, then I'd say nothing at all.

To the rest of the world that could give a damn about this blog, well, I guess none of this matters anyway. Carry on.

Check these puppies out, and note that I wouldn't wear them with these jeans or socks: I already threw these up somewhere on Bookface so these might not be new to some of you. My apologies. I was, however, asked what makes for "old man chic." Here's a little run-down on what I hope to dress like when I'm rocking bushy eyebrows and yelling at the neighborhood kids to GET THE HELL OFF MY LAWN:

I'd also like to point out that the vamp on these shoes (see link above for a full explanation of a vamp) is much lower than the other pairs of tassels that I own. This, in my opinion, gives them even more geriatric style but also makes them more difficult to pull off for a guy who hasn't even had the chance to decline to go to his ten-year college reunion. I have a sneaking suspicion, though, that once the weather warms up these are going to kill with slim khakis and no socks. Just saying.

Mike
I'm a custom clothier in Philadelphia. I'm also a bass player, writer, and addicted to socks like junkies to crack.